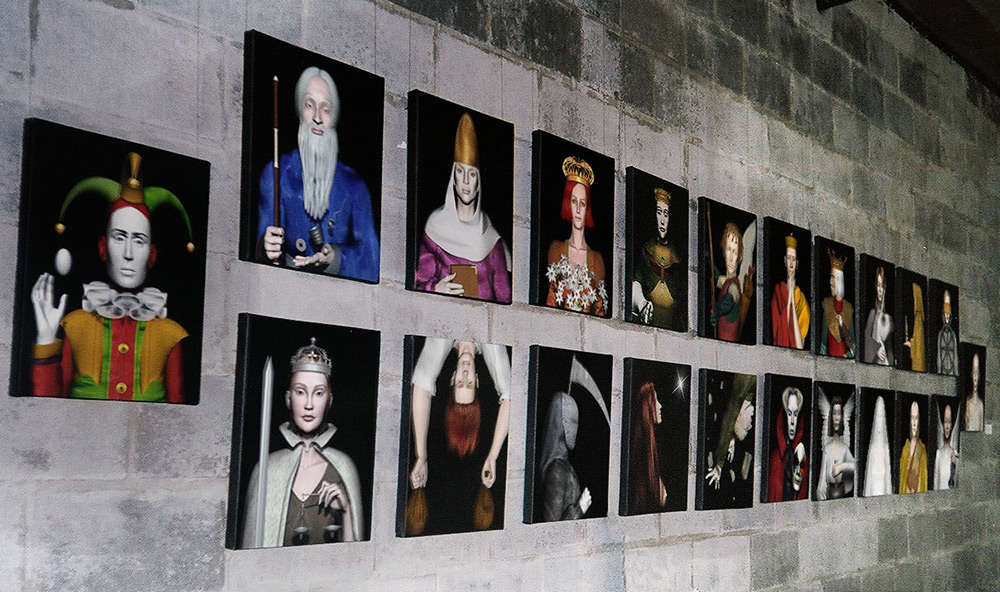 Claudia Melo has unified the iconography of the human experience in these digital media works illustrating the many facets of the ancient divination system, the Tarot. These pieces exude a medieval sensibility, pulled from the internal resonance of our collective memories. With very little exaggeration of emotionality, the artist conveys the very depth of meaning of each individual card through subtle facial features. We are drawn to the understanding of our mortality and fragility, and are compelled to think of ourselves accordingly in relation to this pantheon of gods and goddesses.

The twentieth century has seen the publication of hundreds of Tarot decks that include Medieval and Renaissant images, mythical images of different cultures that embody a variety of fantastic themes. Some were designed by artists.

In the XXIst century, we are able to imagine a new deck and generate a new mythology. The Tarot has both a logical structure, its numerical order, and a functional one; symbols that connect us with life facts and experiences. The 22 Triumphs or Major Arcana are numbered from 0 to 21 and the rest of the deck is formed by the Minor Arcana, composed by 56 cards divided into 4 suits: cups, wands, pentacles and swords.

As an artist, my choice was to design only the 22 Major Arcana for the intensity, fascination and vitality they exerted upon me.

As a Tarot reader, I can say that the first great difficulty we face when beginning to study Tarot is that the symbols hold more than one meaning. So, if each Arcane is multidimensional and none is universal, how do we interpret a Tarot spread? There are several ways to do it, and this will depend on the circumstances in which we are, and will surely vary from reading to reading. None of them excludes the others: 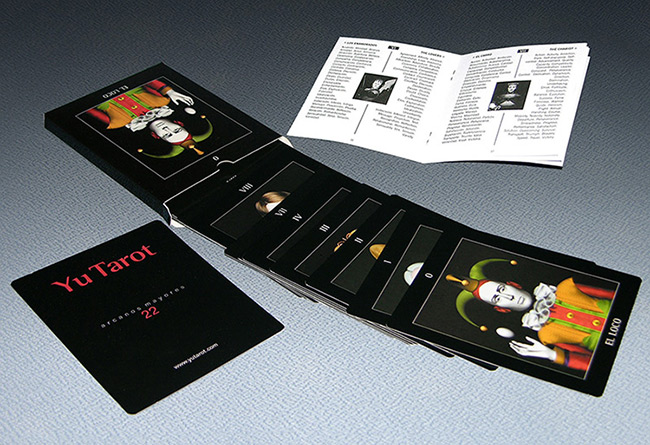 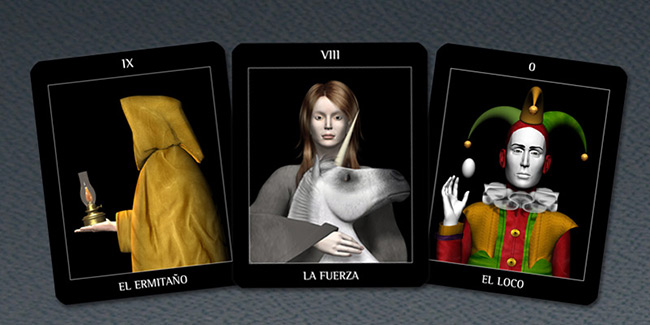 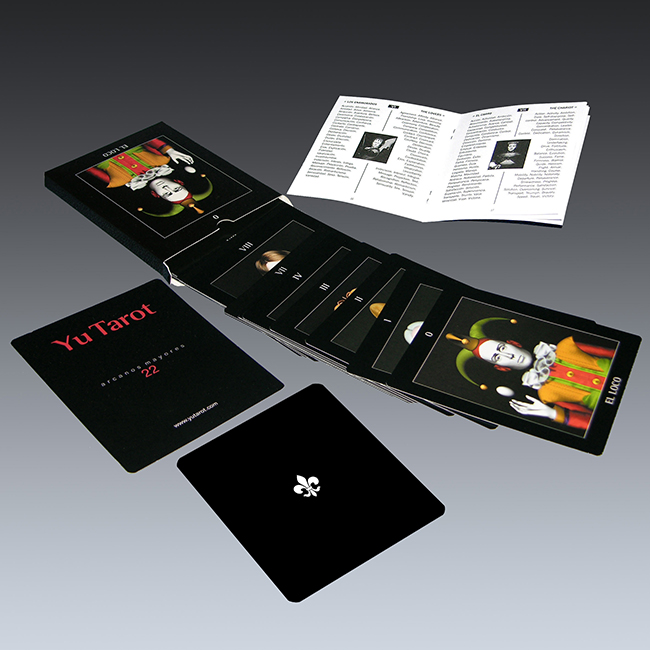 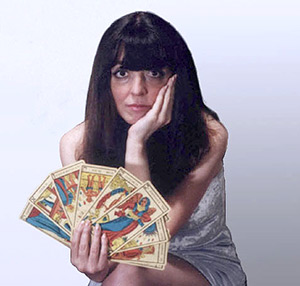